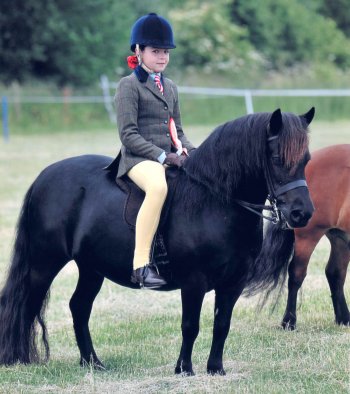 Berry was on the ridden circuit for 6 years. She was backed and produced by Brynony Hodge and was ridden by Neave Stone as a lead rein,  her notable wins include being ridden champion & reserve supreme at the Shetland Breed Show.

She was taken on into open classes by Vicky & Abigail Morgan.